Not a Traditional American Buttercream

I love learning new things and gaining knowledge.  Whether its reading about people, places or things.  Watching cooking shows on cable or finding great cake decorating tutorials on YouTube.  I’ve always believed that in order to grow to who we want to become you must continually learn and never stop.

So one of things I like to do on occasion is internet searches for recipes to try.  I have a folder called scratch recipes with just random things that have caught my attention.  The only problem is actually making the time to give them a try.

Today I made time and tried a new buttercream recipe called Flour Buttercream otherwise known as Ermine Buttercream.  At first I thought that sounded weird, a buttercream made with a cooked flour base.  I was imagining it tasting like uncooked dough.

I have been a Wilton Method Instructor for quite some time and have always used the American Buttercream made with white vegetable shortening and powdered sugar.  The last person I made a cake for said it was too sweet.  I did agree but it was really the only way I knew how to make buttercream icing so I started doing some searches for different icing recipes but today was the first time I tried any of them.

My other challenge with attempting the recipe is that fact that I don’t use dairy products and normally don’t have them readily available.  So all I had was soy milk and a butter substitute.  I wasn’t really expecting good results but the frosting came out beautifully.

First of all the recipe can be found on a blog called The Tough Cookie. She has some great recipes and tips.

The frosting came out really smooth and had a great texture. 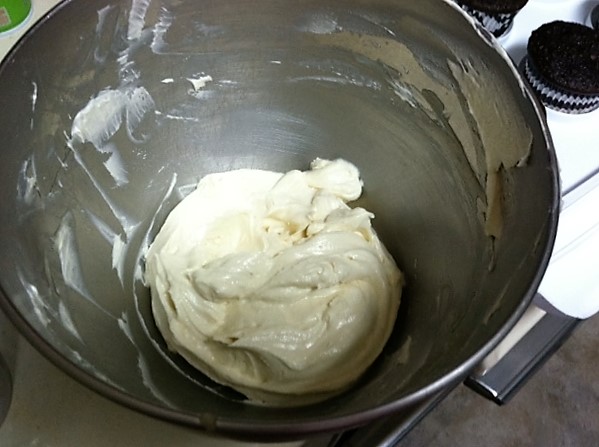 Next it piped beautifully and held up pretty well despite the heat & humidity. Today at the time I was creating this it was 91 degrees with a humidity of 51%.  Yep this Oklahoma alright. 🙂 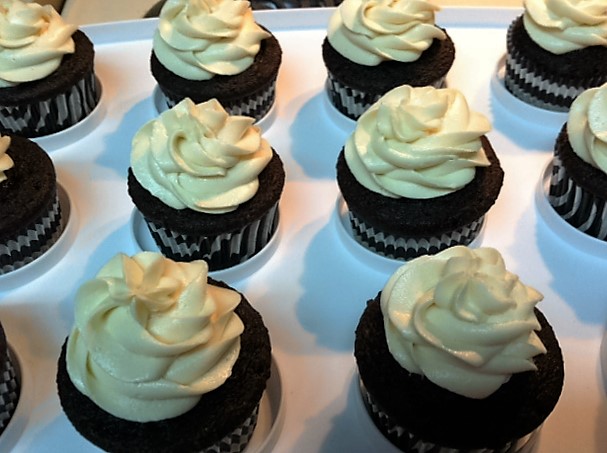 A few finishing touches and then it was on to see my taste testers.

After I made my rounds to see my kids and my parents, they all liked it. They agreed that it wasn’t too sweet and had a very silky buttery taste.

It reminded me of a  vanilla ice cream taste with a  whipped topping consistency. It was an excellent frosting recipe and easier than I thought.

So this one is a keeper.  The next one I will be attempting is either going to be the Swiss or Italian meringue buttercream but maybe earlier in the morning next time when its only about 80 degrees instead. 😀

Have a happy Saturday!