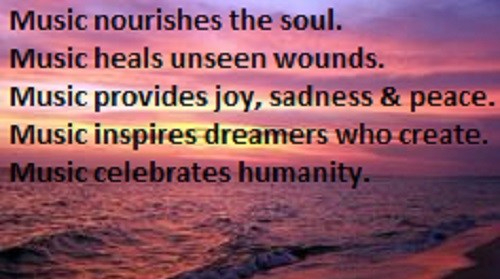 One of the effects of depression and anxiety is loss of motivation or desire.  This can spill over into everything that a person does.  Something simple as making a decision on what to eat for dinner can seem overwhelming when it never did before.

I have been involved in cake decorating and sugar art for almost 10 years.  The excitement of learning new things has always be a big part of my thought processes until a year ago.  Dealing with the underlying issues of the depression killed the motivation and stunted the creativity.  I was functioning but not with the same vigor as before.

Until recently I did not think that I would get that creative flow moving again.  The motivation to change how I felt was greatly influenced by the “playlist” that I shared with the former online person.  The music also had an even greater affect, it reopened the imagination and the thoughts started to clear once more.

This led to thinking about how the passion for this art fits into my life again. The renewed vitality is being driven by music of all forms and I wanted to share some of that today.

As a cake decorator and sugar artist many decisions are made when attempting a project whether for an actual product sale or just to push one’s self in a competition setting.

There are different mediums to consider when coming up with an idea such as piping royal icing or buttercream? Fondant and Gum paste: flowers, objects, figures, etc.?  Then also taking into consideration what is the project: cookies; cake, brownies, cupcakes, sculpted or shapes etc.?  There is a lot of planning that goes into each product a cake decorator or sugar artists creates.  It’s not always just cake and most of the time it’s nothing like what Grandma used to make.

So when I am working or trying to come up with ideas for a project these are some of the things I listen to when it is a specific medium.

Royal and Buttercream Icing – This is mainly done through piping utilizing bags and piping tubes, tips or nozzles.  Since most piping is normally up close to the project requiring both a steady hand and concentration I usually listen to classical music such as Beethoven, Bach or Mozart.

If that isn’t providing good continuity for me then I turn to acoustic sounds such the mood or focus music that I recently discovered on Spotify and YouTube. I personally prefer something with no lyrics to interrupt my concentration.  Believe me, I tried listening to Eminem one time while I was piping, it was a horrible mess and I was so frustrated after starting over 5 times.  After realizing what the problem was I now stick to music with no lyrics 😀

Fondant and Gumpaste Flowers – This also requires concentration and patience due to the fact that the medium is greatly affected by both humidity and temperature causing the Fondant and Gumpaste to become either too dry or too soft making it harder to form petals or leaves.   This can also cause increased drying times.  Since this medium can be manipulated using molds, cutters, press or plunger sets getting into a steady rhythm can help increase the production especially if I’m making multiple flowers.  I normally will listen to current pop music to keep the momentum going.  Songs with a good beat that one can sing or dance along to if so desired.

Even though sometimes things can get out of hand if you get lost in the music.  Example would be this pic when I made way too many flowers for the cake order.

It was only a 10 inch round cake, single layer, simple border and design.  I ended up with almost a hundred small red flowers that I never used for anything else.  Oh well, you live and learn.

Stacking Tiers – The most nerve wracking part of cake decorating, for me anyway, is when someone wants a tiered cake or on occasion asks for columns or separators.

I usually try to find music that keeps me rather calm and not overthinking things.  I especially like music from the 80’s, it keeps things light and upbeat.

Shaped cakes or structures – I don’t normally get a lot of requests for carved cakes or structural type projects but in previous attempts I always needed music to keep me pumped up so I could maintain that “I can do this” attitude.

Being a child of the 80’s, big hair bands and 70’s rock have always been my favorites.  So there’s always a lot of loud power ballads being played much to the annoyance of my children. 😀

So as you can see music plays a big influence in my creativity especially when it is about cake and sugar art.  Music helps you go with the flow of things and can open your mind to new possibilities.

I believe in art and music as necessary part of growth. It is something that I encouraged in all my children from the time they were very little when we would sing songs in the car on the way to school.  Each have a special creative talent they now call their own.  I truly think that it is what helped them grow mentally and they have done well academically.

So what kind of music influences you?

Thank you for stopping by and have a great rest of the week!