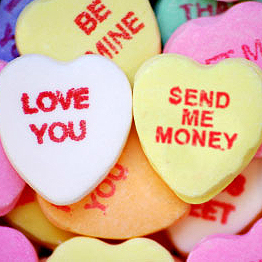 Okay, I’m 46 years old. I was married for 17 years. Prior to being married I dated or were in many different relationships from the age of 18 until I was 26.

After my separation I got involved with someone and that relationship lasted 2 years then ended badly for both him and myself. It wasn’t ideal and I knew it had to end but it’s kind of hard to let go when the person was your only friend for over 10 years.  I haven’t seen or talked to him for more than a year.  That was the last actual in person relationship I had.

Then I attempted online dating which went horribly wrong and I made terrible mistakes. So when I was approached again by someone I knew that I would not go astray again.

Unfortunately this last person ended up being a scammer as well.

I’m beginning to think that I am becoming a magnet for anyone with some sort of issues that is not within the realm of “normal”.

I get it. We all go through bad points in our life and sometimes we are living in a circumstance that isn’t ideal but why would anyone risk what life they have for a few bucks?  Is it really that hard to go out and earn a living or find a different way to make money?

Then after I started conversing with this latest online person and doing some reading on different sites about the latest “online romance” scams going around I realized that most of the scammers are in bad situations or possibly in countries where they do not have a choice.  This is how they earn their living.  As sad as that is the problem is those that fall victim to it.

Some are widows, divorced or just still single and not able to make connections within their own communities so they seek something outside of where they live.

At first meeting someone online has a sense of mystery about it and can be rather exciting to one’s ego. This could be the reason for seeking a digital romance there is no pressure and you can be who want to be.

Then there is the other possibility that time is a factor.  The individual could have such a busy life that meeting people has to be aided by going through profiles on the dating sites or apps to help narrow down someone who may appear to be interesting.

The major problem is the fact that you really don’t know who you are talking to.

I know that this is bad on my part and my children repeatedly have discussions with me on it but my online presence is very open.  I haven’t made any of my profiles private.

This blog alone contains many written accounts of things that I have been going through the last couple of years so anyone with access to the site could easily pick up information that could be used to start a conversation.

The information that the current online persona used was similar to my own, supposedly a retiring Army veteran with 22 years of service, he even had pictures of himself on duty in Kabul Afghanistan and so it made it seem like we had things in common.  That was until the scam part of the conversation started and I picked up on it.  I was rather disappointed then got angry.

It wasn’t anger at the person but rather at myself.  I know that’s kind of weird but this is my rationale for the thinking.

I can’t blame a person for trying to make money the only way they know how whether it is right or wrong but I cannot be a part of it by ignoring it either. Otherwise it will continue to perpetuate.  So I did what I believed was the right thing and turned them in this time unlike the last one who actually got money out of me.  This one did not but I turned everything over to the authorities to deal with and hopefully that’s the end of it. Only time will tell on that one.

I was angry with myself because I thought that enough time had passed that I was ready to try again with talking to someone online but the realization hit during the middle of this that I wasn’t. I still being impatient and rushing things.  I thought I had worked those issue out but apparently not.

There are too many things going on within my life that right now the biggest being dealing with the depression and anxiety.  So all I really need is a friend.

A friend who will be there to talk to and listen to what’s going on without trying to solve it for me.  A friend who will be encouraging but also know when to call me on my own bullshit that gets in the way sometimes.  A friend that will just text “Hey how are you?”  A friend that wants to actually talk about things like movies, music, books or their hobbies. I wouldn’t even mind if they wanted to talk politics, religion or the state of the world just as long as they know that I’m not always going to agree with them and they won’t with me either but that’s okay because that wouldn’t change the friendship.

I’m still the hopeless romantic seeking prince charming but pretty sure that isn’t going to happen until I’m actually ready for it so I will continue to give it time.  I will continue to work on being patient.  I will continue working on myself so when that day happens that I’m secure enough in myself to let it.  I won’t hesitate and will know that’s what I truly want.

So for you out there still wading through the online dating sites or apps I’ve included some useful links I found:

I’m also including some articles writing about online scams that I thought were kind of interesting:

So with all the things going on in the world and technology at our fingertips 24/7 it is now easier than ever to meet new people every day.  The world is becoming smaller and smaller.

The personal interactions have to be modified to meet this ever-changing environment but still trusting your gut instinct, not being afraid to be straightforward and just using good judgement is still the best way to deal with meeting someone new online or in person.

Thanks for stopping by.

Have a great day!

Funny Blogs With A Hint Of Personal Development

Welcome to the Worlds of Rhyan Scorpio-Rhys