It was a late summer evening in the city of Minneapolis, Minnesota.

A man lost his life due to the systemic problem of hate, racial bias, bigotry, and ignorance that has plagued our nation since its inception.  The video evidence showed the man did not fight or resist arrest. He complied as he was told to do. Then why were his due process, constitutional, civil, and human rights taken away?

The only reason why this happened was because of the color of his skin.

The officer who committed the heinous act was a white male. The man, he had already detained and arrested, begged for mercy as his life was slowly being taken away.  His voice was not heard because of the color of his skin.  Before he died at the hands of the so-called keeper of the law and order, he called out for his mother.  The one person most will look to when they are afraid and in pain, the person that brought you into the world.  All this happened because of the color of his skin.

It is now a mere 10 days later and that way of life has been turned upside down. The voices that have been crying in the dark for too long are finally being heard not only here but around the world.

That way of life of being judged and deemed unequal most do understand what it means to have prejudice thrust upon you because of the color of your skin.  To be afraid of those that are supposed to protect you and heal you.  To be afraid of those who pray for your soul and teach you what you need to know.  To be afraid of others who automatically treat different whether overtly or covertly.  To be talked down to. To have to work harder than others, have different standards and paid less. To be denied the same access as others.  To always have suspicion surrounding you.  To have your culture stripped away then appropriated for profit.

All this is because of the color of your skin and you have to live with it every day.

As a part of the indigenous first people of this country, I know all too well this way of life.  I also know that tribes within our country also treated Africans the same way and some were taken into the tribes to become a part of their nations.  Racism is not always just a white issue but our system was built by their forefathers which has been proven over and over again was set up to put people of color at a disadvantage. Like I said before, it has plagued this nation since its inception.

So, how does one remove this ingrained behavior to make it a better society for all?  You do it one step at time, peeling back each layer, and if that means doing it loudly or in your face, then so be it. The forefathers of this country gave each American citizen the bill of rights.

The most important being:

1st Amendment: “Congress shall make no law respecting an establishment of religion, or prohibiting the free exercise thereof; or abridging the freedom of speech, or of the press; or the right of the people peaceably to assemble, and to petition the Government for a redress of grievances.”

It took me a few more days to regain my train of thought. It has been an emotional couple of weeks and I finally just had to stop watching the news or looking at social media posts. It was becoming emotionally draining.  I binged on movies the last week and worked on other projects before I could continue on with this writing.  So here is the continuation.

In our current state there are protests going on all across the nation to petition the Government for the grievances that have never been fully addressed.  Racism within the system that is supposed to govern us has broken down the system.

The images seen across the world of black men and women being brutalized by the police shows how broken that system truly is.  These men and women in police uniform, the same people who are there to protect us from lawlessness, have become the instigators and villains in the narrative. There appears to be a sense of entitlement for some of them, to do whatever they chose to do, because they carry a gun and a badge. There is no fear of repercussions nor does there seem to be any accountability for their actions unless it is brought to the public light.

There is a call for defunding of the police by the government and some cities have begun doing exactly that. After all the reading through and researching of the actual police brutality, misconduct, excessive use of force, trying to find the stats, I realized there has not been any tracking of these incidents.  There have been programs started but it was not mandated for each state to provide the information.  Everything has been voluntary up to this point.  My question is why?

Something as important as the conduct of officers who are being paid with citizens taxes should be at the forefront.  We paid for them and if they need to be relieved of their duties then so be it. If they violated the same laws we abide by and need to be charged with a crime then so be it. If a police officer cannot be held to higher standard of conduct then what is the point?  They are enforcers of the law and not above it. I believe this also goes for any civilian worker within any part of government that is funded by our taxes. We paid for it then we should know how it is being run.

$100,000 is the average cost of training a police officer according to The Police Foundation.Org. “…Costs are always a concern, as the standard cost to recruit, hire, equip, and fully train a police officer from the time they submit their initial application to the time they can function independently may exceed $100,000 and take up to eighteen months…”  According to the National Law Enforcement Memorial Fund “…There are more than 800,000 sworn law enforcement officers now serving in the United States, which is the highest figure ever…”.

According to the US Spending.com website “…FY 2019 total US government spending on welfare — federal, state, and local — was “guesstimated” to be $1,093 billion, including $634 billion for Medicaid, and $459 billion in other welfare…”.

Also, according to the Committee for Responsible Budget, “…$80 billion spent on supervision, confinement, and rehabilitation for those convicted and accused, only 10 percent came from the federal government. The majority (57 percent) of the funds were spent by state governments, while the remaining 33 percent came from local governments”.

Listening to the news and seeing people post comments on social media sites the same one kept coming up about the man who died at the hands of the police officer. Most were commenting that if he hadn’t been doing anything wrong then it wouldn’t have happened. Some went so as far as making comments about him being in the “system” of welfare and that was the problem.

According to these numbers when it comes to “categorizing whole groups of people of color” into being “lazy”, “uneducated”, “using the system”, or generally disparaging them, the actual numbers don’t support it.  Yet, a majority of the comments were coming from white males and females both from different age groups, classes, and belief systems.   That’s the other problem: clouded perception.

The only thing that I have never understood, growing up in rural America, is why are people being judged by the way they look?  I was always told to judge a person by their actions and character.  If a person is working hard, doing their best, and trying to be a good person that is enough to base whether to trust them or not.  Yet, I was taught this but the people around me still held on to their biases and racism taught to them by their own families sometimes even within my own relatives.  It was always so disheartening.  As I got older, I have maintained my distance from them because they do not fit within my own core belief system.  I raised my children to judge a person by their actions and character.

The only way to combat racism, biases, and hate is to meet it head on.  As a society it is within our own voices we have the power to change what we want within our communities.  This is the only way we can grow into a more harmonious society.  There is no growth through chaos.  We should not only be accountable for our own actions but hold the people around us accountable as well.

I was met recently within the last year from co-workers those same clouded perceptions. Yet they did not see anything wrong with it and tried to convince me they were right.  If you are trying to convince someone that what you are saying is true because you don’t want them to misunderstand you then you are not sure you are really right in the first place.  Anything said that the other person knows to be true never needs convincing.

I don’t know where all of this will lead to. I can only hope it is a better place than where we have been.

I will always keep my hope, faith, and belief in a better world for all of us.

Thank you so much for following my blog and taking time to read this.

Have a good week ahead.

Take care and be safe.

Peace, love, happiness, and good vibes to you always. 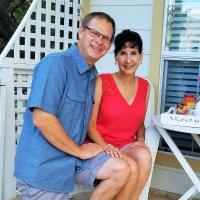 A Petite Girl's Guide to...
AllAbout

When a mage is sharing what's on his mind. Business, Motivation, Positive life, Success, Marketing and Good Ideas.

BY GRACE THROUGH FAITH

A new beginning, mobile home living, adding our style inside and out.

No Time For Pants

Verity and Sage
Turtle Quotes
In the Jam Jar

Cooking, baking and making a mess

SAVE 90% OF FEES IF YOU ARE A MEMBER WITH MY CLINIC . Email: dr.fawzyclinic2019@yahoo.com

Living my life... because it's GOLDEN!!

Musings and books from a grunty overthinker

If you want to be a hero well just follow me