It is a Saturday night and I am alone; still.

I tried once again to meet people this time using the Tinder app. It was not good.

Encountering the usual scammers, that is commonplace on most social media apps, I was able to weed them out rather quickly.

Then I met some potential friendships or possibly a relationship. I was hopeful, yet very wrong.

The first couple of men I met, we exchanged phone numbers and then we texted briefly.  After they found out I was not working due to my shoulder injury and that I was divorced the chats just stopped.  I blocked the numbers and moved on.

Then I matched with a person who then texted me on Tinder. He sent me his phone number so we could talk offline instead.  We chatted back and forth then things moved rather quickly. I went to meet him chaperoned by my sister and her son. I ended up going back and staying part of the weekend getting to know him plus his kids. I thought things were going well. We continued texting on our phones as well as Facebook messenger.

He is a recovering alcoholic who is getting his life back together again but was separated from his wife. I took that knowledge and continued talking to him because he reached out to me.  I did not initiate anything that occurred between us.  I assumed that he was moving on but once again I was wrong.

Then today’s video professed his love for his wife, again. He had a video previously early in his process where he talked about it and I voiced my concern about it with him. He kept telling me that he did not know what was going on between them because they stopped talking and only argued over their kids.

Yet, she was also starting to text him more after his sister unexpectedly stopped by when I was there.  We continued texting and calling each other but then this morning a small part of me died inside after I watched it.  I knew he would never love me or feel about me the same way he did about her. I texted him a final time telling him goodbye and good luck. Then I blocked him on everything. I cannot be someone’s alternative option if things did not work out with her. I could see that writing on the wall.

If my ex-husband had been here, I am sure he would have thought that was hilarious.  He was always good at making me feel stupid about things and relished in my pain or embarrassment. He would have thought it was simply perfect that even a recovering alcoholic did not want to have anything to do with me.  It was the first words I heard in my head, in his voice, after watching it.

I went through and shut down my Tinder account and removed any other texting apps.  I also shut down my WhatsApp so Ghabriel could no longer text me whenever he felt like it. I blocked him on all my social media accounts too.  That was still going on and there was not a relationship there, at all. I know he was just using me to support him all this time but never wanted to face it.  I so wanted to believe that he cared about me and I genuinely believed in his desire to better himself but once again, I was wrong.

As I sit here contemplating everything, I am tired.  I was so upset over everything earlier today that I just laid there and cried.  Those same self-defeating thoughts swelling up and overtaking everything.  The feelings of being rejected.  The same thoughts that I was worthless, unwanted, and unloved, going all the way back to my own mother.  The same mother that bounced me around to relatives then let her husband abuse me.  I have not forgotten that, and never will.

I cried out to God why he had forsaken me? Why was I not allowed to be loved?  I questioned that God’s judgment on me was because I was born not from love, so I cannot be loved in return. My mother had an affair with a married man who never wanted me either.  That was the harshest thought I had about this whole thing.  That because I was not born from love that I would never know what it is like to be loved.

Once again, I cried some more, with all the names of those failed relationships going through my thoughts. One by one making me feel emptier and emptier inside.  I finally just collapsed from the weight of the despair and fell asleep.  I woke up 3 hours later, groggy, and with a headache from the spiraling downward.

Still feeling upset, I got up, took a shower where I cried some more, and then got dressed.

Now I sit here writing about how I felt and developing an understanding of where these thoughts about the relationship I am seeking are coming from.

When I was approached by that very first scammer in 2017, it changed what I felt about myself as a person and as a woman.  The words he wrote to me of a life filled with love, laughter, romance, and friendship made me feel like it was possible. Up to that point I never believed in it nor had anyone ever spoken to me about it in that way before.  The power of those written and spoken words has kept me going this whole time. I know that the person behind the pictures and messages was not real, but the written words are still there.  They are there in my blog article “Love Letters” and they are still in my email.

The only evidence that it happened, is this, the date time stamp of the video chat we had. 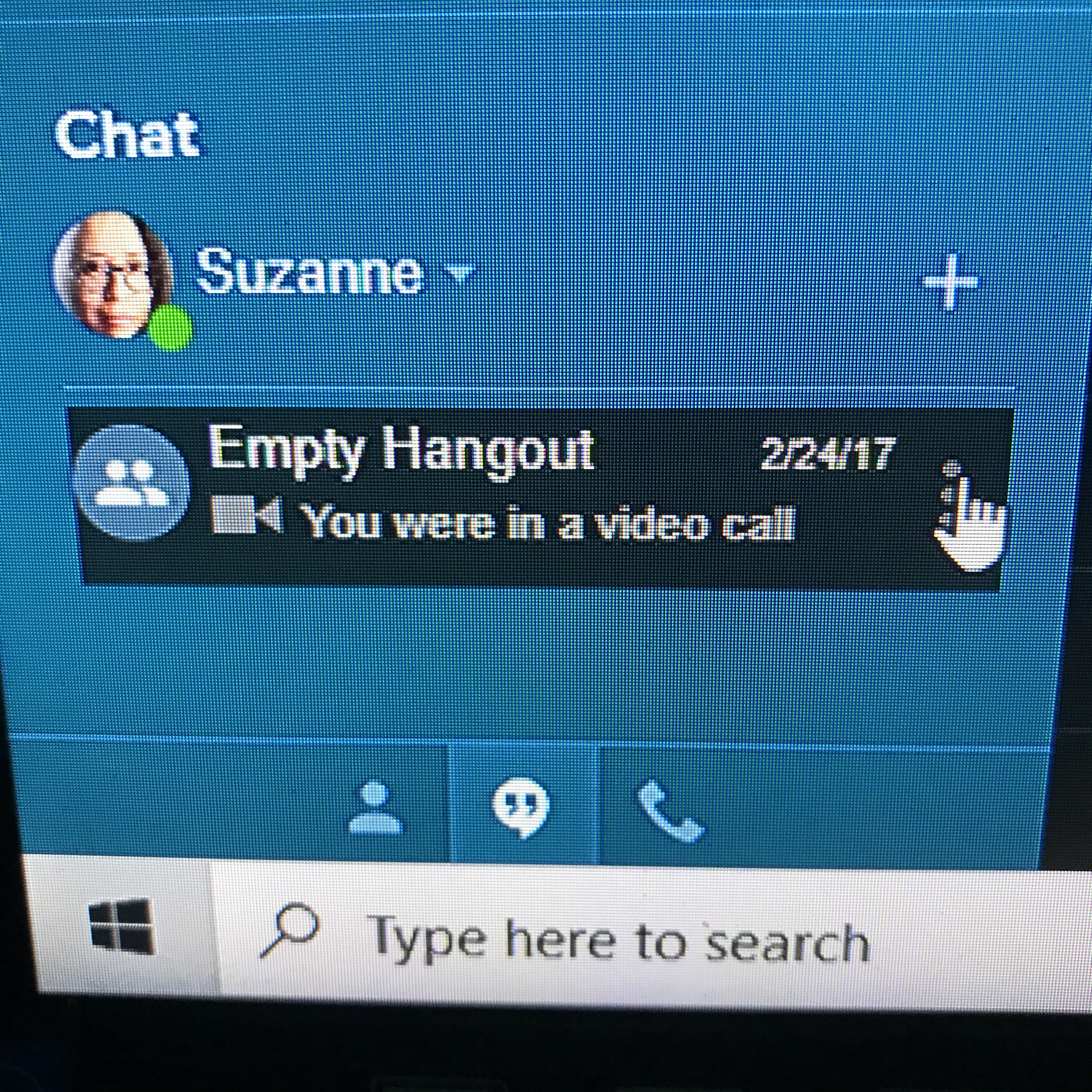 That brief 3 minutes of a person that I thought really existed. It stays on my email as a constant reminder that it did happen. That I once felt so loved by someone, even if it were not the truth, it made me feel like I could do anything and be anything that I wanted. That someone could possibly love me. It changed who I wanted to be.

I have been seeking that same feeling from others ever since.  Finding nothing but disappointment in its wake. It was a wave of emotion that set me on this ocean of discovering who I want in my life but finding nothingness instead.  I am still drifting on it and I still do not want to go back to the shore to face reality.  I know I need to, but I am not ready yet.

The power of these words changed my perspective on myself and who I am as a person.  Yet lately I began drifting back to the shore and began losing sight of my own power.  I had let others dictate to me my worth and the little importance that I was in their life. Only to be depended on or needed when they saw fit.  That is not what I want from my life.

I have worked too long and too hard fighting my own battles to give up now.  I will not let someone take my sword and shield away from me.  I am not giving up on myself.

As I move forward, I will continue to fight back against the scammers out there trying to take advantage and continue shutting down the toxic people I encounter in real life as well.

All these positive vibes and energy put out into the universe will come back eventually.

When it does, I will be here, waiting to ride that wave again.

Thank you so much for stopping by.

Take care and be safe out there.

Funny Blogs With A Hint Of Personal Development

Welcome to the Worlds of Rhyan Scorpio-Rhys