It was a Sunday morning when these thoughts came to mind.

On that day, people all over the world were possibly attending religious services, a devotion of their faith to a particular religious teaching. It made me think about my journey from devotion to religious beliefs to becoming a spiritual person.

I started losing faith in the institution of Christianity when I was 12 years old and by the time I was 19, there was none left.

This loss of faith started because I turned to my church pastor, his wife, and the deacon for help, to escape the abusive home that I was living in at that time. Instead of outrage, concern, protection, or action to assist, I was told that I was “going to burn in hell” for saying such horrible things about my parents and what was going on. It was the last time the deacon and his wife picked me up for church. I never returned.

Fast forward to 7 years later and I am in the military, still holding on to this blind faith, I turned to the chaplain on my base because I was going through a personal crisis and financial difficulty. I needed guidance. Instead, I was met with disciplinary action against me, had part of my wages taken, subjected to weekly mandatory counseling, and supervised physical fitness.

The faith that I had in the church and its teachings was further obliterated. It was lost, not because I no longer believed in the words I grew up with, instead it was the teachers of this faith that I lost confidence in. They were, after all, only humans, just like me.

I was angry for a very long time before I turned those thoughts of hope, faith, and belief inward. Seeking out what I believed to be true about the world around us and how we fit in. I have been much better off once I changed that path.

Hope – “a feeling of expectation and desire for a certain thing to happen, a feeling of trust.”

Faith – “complete trust or confidence in someone or something, strong belief in God or the doctrines of a religion, based on spiritual apprehension rather than proof.”

Belief – “an acceptance that a statement is true or that something exists, trust, faith, or confidence in someone or something.”

I hold on to these three things along with being brutally honest, having integrity, open to communication, and developing an open mind to different ideas or opinions. This is who I am as a person.

The issue with being this person is that sometimes others will take advantage of my good nature.  Nine out of ten times, I know this about them, but I let it continue. That faith and belief part of me has this notion that the Universe put me in these people’s path for a reason, and whatever it is they need or want from me is my purpose.

That being said, I will be very demanding of the individual with the intent of helping them find the right path to be on. I am still this slightly doubtful person who has a limit on how much I will put up with until I politely cut the person off. I will try to have no ill will towards them, but I also will keep a distance, if they try to come back. I will not be as friendly and curt.

It is in these moments when my hope, faith, and belief are tested by individuals that my thoughts turn to my path in life. I begin to see where there are alterations that need to be made. I begin to realize that there are things about myself that need to change. These types of life lessons will continue for the rest of our lives.

Life is never meant to be easy and full of happiness or glee, it is messy and sometimes we fail. The purpose of having hope is to know that these things are temporary. That I have a path set before me to keep moving forward on.

That my true intention in life is to take time to listen to the Universe and hear what it is telling me to do. That is what I believe intuition is and why we should take it seriously. It is the universe guiding us to a different point than we sometimes intended.

Whether our destiny has already been set, and we cannot alter it, remains to be seen. I do believe that most of what we seek is already in our knowledge. We just have to see and define it better. That is truly having faith, not only in the universe but in oneself to do the right thing.

I have been told that I am too trusting of some individuals, yet I know from experience, that I do not automatically trust very many people. It takes a while for me to figure out people, and to instinctively know, how sure I feel about them. I judge most people by whether their words and actions match.

I have met many people, who talked a really good game and had many people believing in every word they spoke. This confidence in them was usually lost, due to the person just not measuring up to the expectations, or it was found out that most of what they proclaimed was not true.

Those were normally the individuals that I could not fully support, and I kept my distance from them because there was something not quite right. That is the instinct part that most people tend to not pay attention to. That is also having belief in people being genuine in who they are and in their actions.

If you grew up and still practice a particular religious doctrine, lost the need for religious beliefs, or became a spiritual person, the essence of all of it is the same; hope, faith, and belief in something beyond oneself.

That all-encompassing knowledge we seek about the universe and why we are here?

Those questions of why things happen to us, others, or people in the world in general?

The meaning behind all of this and our existence?

These have always been thought-provoking and unanswered questions proposed by human beings.

I realized, when I was at the lowest points of my depression, that these questions would never be answered.

It was not meant to be, because we are individuals, connected to this earth but as unique mindsets living our existence.

They say when you are coming to the end, your life flashes before your eyes.

In my case, at those lowest points when I thought I wanted it all to end, all I could see were the things that I would miss.

My children are the largest part of that picture. I saw their lives and the moments that I would miss if I continued on the path that I was walking.

Those moments when my hope, faith, and belief were tested beyond my limits, is when the strength that I did not know I had, became my saving grace.

It is these parts of my thoughts or instincts that keep me motivated and moving forward.

I trust that what I am putting out into the universe is the truth as I see it or know it. That it will come back to me as a positive action or a new path to follow.

It has been the same path I have been walking most of my adult life.

As I continue growing as a person, I have started recognizing other parts of my culture, and the belief systems that I grew up in as it pertains to my indigenous roots.

Time will tell if I learn enough to keep parts of it continuing for future generations and within my own family.

Keeping hope, faith, and belief is how I will continue on my life’s journey.

Thank you so much for stopping by.

Have a wonderful week ahead! 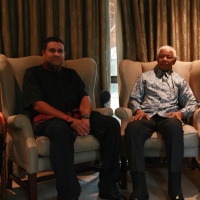 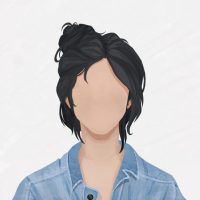 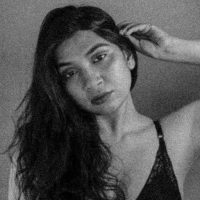 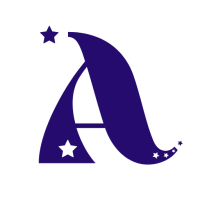 Retirement Looks Good on Me!

The daily life of an addict in recovery

i grew up ugly n now i feel like i have to make up for lost time :-) hope u love witnessing my clusterfucky chaos as i spiral